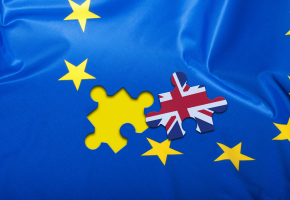 Using data from the Office for National Statistics, the HomeOwners Alliance suggests there is a clear ‘Brexit effect’, with property prices performing better in areas that voted most strongly to leave the EU.

According to the HOA, the five regions which voted most strongly to leave the EU have all seen property price increases in excess of 3% compared to June 2016.

By contrast, the only three regions which voted to remain have seen slower growth. In Scotland, the most pro-remain region, prices have dropped by 1.2% over the last six months, while London and Northern Ireland have also seen more modest growth.

Commenting on the data, Paula Higgins, Chief Executive of the HomeOwners Alliance said:

“There is a clear pattern here; areas that voted more strongly to leave the EU have seen property prices grow faster over the past six months than areas that were pro-remain. Of course, house prices are dictated by a myriad of economic, political and social factors, but confidence – the all-important ‘feel-good factor’ – is vital.

“It seems that people in regions that voted to leave are now more optimistic about their future prospects, and that this impacting on the housing market. Conversely, areas that have fared less well, such as Northern Ireland, Scotland and London, may be less certain of their economic futures.”